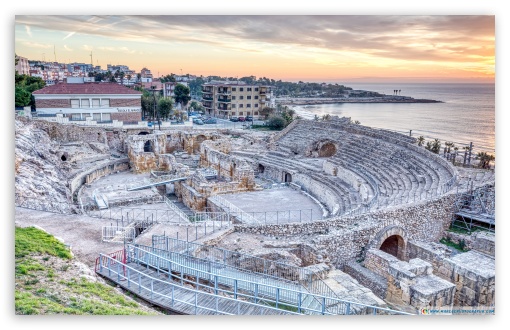 Description: This is the arena of the ancient Tarraco, one of the many jewels of the Roman era that you will find walking around Tarragona. If you haven't visited, don't think about it, there's a lot to see! The amphitheatre is impressive, but I was shocked to find the ruins of an ancient church in the middle of the arena. In 259, the martyrs Fructuós, Augurius and Eulogius were burned alive. After that, during the 6th century, a basilica was built dedicated to all of them. Later, during the 12th century, the old basilica was replaced by The Santa Maria del Miracle church.