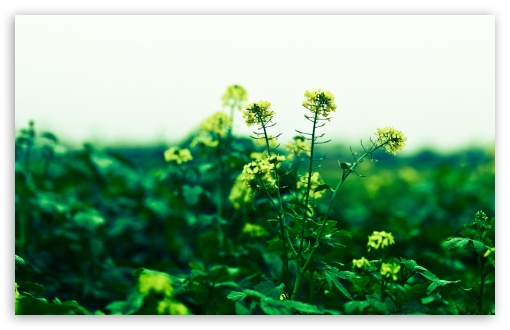 Description: In agriculture, canola is the name given to certain varieties of rapeseed oil, or the oil produced from those varieties. Canola is a trademark for a hybrid variety of rape initially bred in Canada. Rapeseed oil was produced in the 19th century as a source of a lubricant for steam engines. It was less useful as food for animals or humans because it has a bitter taste due to high levels of glucosinolates. Canola has been bred to reduce the amount of glucosinolates, yielding a more palatable oil. This has had the side-effect that the oil contains much less erucic acid. Rapeseed is grown for the production of animal feed, vegetable oil for human consumption, and biodiesel; leading producers include the European Union, Canada, the United States, Australia, China and India. In India, it is grown on 13% of cropped land.[citation needed] According to the United States Department of Agriculture, rapeseed was the third leading source of vegetable oil in the world in 2000, after soybean and oil palm, and also the world's second leading source of protein meal, although only one-fifth of the production of the leading soybean meal. World production is growing rapidly, with FAO reporting that 36 million tonnes of rapeseed was produced in the 2003-2004 season, and estimates of 58.4 million tonnes in the 2010-2011 season